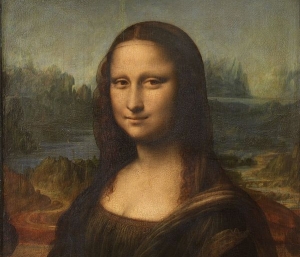 When the world shows a smile, you examine it. A smile can mean a lot of things nowadays. Kindness, happiness, deceit, a brave face, a fake face, a habit, or even at a dentist checkup… All types a smiles to be fluent in. But when the world shows you something intimate, it all but takes a second to figure things out. Is this a genuine smile or a fake smile? How can one tell the difference?

There is not way to tell the difference between the two without practice.

In some countries, a smile is a sign of weakness. But I see it differently. A smile shows beauty and compassion as well as kindness and friendship. It is definitely a habit I show, even when the situation does not traditionally call for a smile. Should you regret a smile?

Health and happiness. Deceitful and fake. The world can show many smiles.

NOTE: This post was inspired by Mike Shinoda and his Instagram account with photos of him smiling. Just wanted to mention how his smiles are awesome. I only wish to have that many photos of me in such a positive disposition. He seems so happy it is almost contagious. I want to believe that they are happy smiles… and I do.

Before I was born my parents lived in an apartment. And when my sis was born they moved into a small one-story house. Growing up, my parents moved us again into a decent two-story house. Ten years after that, we moved into a huge house with eight bathrooms. A house I hated. The recession hit while we were in it. Before the recession, when I was in high school, my mom would buy me one graphic novel per week. (If I was good) When we went to the supermarket, we didn’t look at prices. We had good health care. Needless to say, we were very comfortable. When the recession hit, we were unable to do any of these things. Then my mom got sick. I just ended a friendship on horrible terms. I needed money to even just APPLY to transfer to a four-year school. I ended up using much of my life savings for that. (Just some money I had been saving since third grade) I had to put a lot of money on my credit card for dorm living. I remembered my mom getting worse and worse, unable to do laundry by herself or drive a car. It was like I was watching my world change and I started to become more depressed- more worried about money. One of the worst parts was how my father hid the fact that we had little money. It was like trusting us with the truth about how much we needed was a horrible idea. He might of thought he was protecting us, but it never felt that way. I asked if I should get a better job other than my tutoring. He said no. (He never supported us in getting jobs) He didn’t take into account that this situation was hard on all of us, not just him. We needed realism. We needed the truth. We needed to come together as a family to get through this. There was a lot of anxiety. There was a lot of frustration. There was a lot of sadness. We didn’t adjust well. The huge house we lived in was unkempt. My mom wasn’t able to clean or cook as much. Her dietary restrictions and expensive hygiene supplies only brought anger and hostility out of us, we fought that she was high-maintenance, and wasn’t making things easier for us. The house was also a financial burden. Gas was over a thousand dollars a month. No one told me, I just happened to just accidentally see a bill one time. Everything that was supposed to be easy, was suddenly not. I remember a semester at community college where I got all W’s because I couldn’t deal with anything anymore, so I dropped out of many of my classes. (Especially that Psych 101 class I had where the professor made all us students feel uncomfortable) The only class I kept was my once-a-week philosophy of religion class.

Here I was in this great big house, with a mother I constantly worried about (but didn’t show it), an unseen future, practically no friends, family who didn’t support one another, a wallet that kept getting smaller and it all seemed IMPOSSIBLE.

My Netflix subscription was the only constant in my life. I watched and watched movies and TV shows like it was my job. I would get back from community college and there would be a brand new DVD or two in my mailbox. There was a special kind of joy that I felt. I set up a blue ray player and small TV in my room and sat there for hours- immersing myself into someone else’s world. I don’t remember MUCH of the plots I watched. I don’t remember storylines and specific parts of a film that seem to be always quoted. I saw the whole Star Wars series and I don’t remember much of the details from them, other than the characters. I watched because that was the only thing I liked to do. The only sense of numbing. It was something I could do alone. My own drug.

I went off to college and stayed in a dorm. Things got better except my mom. Her high-maintenance life only grew higher at a constant pace, frustrating all of us. A few years later we finally moved out of the giant house into a rental. And after the big house got sold (it took years to find a good buyer) We moved into a better-than-decent house.

Things are better. My mom is getting there. I still feel broken from that moment in my life. As though a lonely, empty feeling has persistently remained. The feeling of family dysfunction, financial struggle and the inability to cope properly has never truly left me.

But I accepted that things will never be as they were once before. Before the big house. Before we were fake rich.

P.S. My final for my philosophy of religion class was to go somewhere for eight hours straight and think. You couldn’t talk or text people. You couldn’t read or do any work of any kind. (Not even jot down ideas) You could do it with a friend but you two couldn’t communicate. Just walk or sit around and think. I never did it. I just said I did. (It wasn’t that hard to lie about it) But I want to do it one day. I want to go to the beach on a cloudy day and sit on the sand and watch the waves crash again and again…

If I were to share my life with you, things wouldn’t go well. END_OF_DOCUMENT_TOKEN_TO_BE_REPLACED